Posted by NicVaughan on Jan 1, 2015 in Uncategorized | No Comments

The swell came with quite a bit of weather, and thus very few windows of opportunity.  On this morning, I paddled out shortly after first light and could immediately feel the intense energy of the ocean, even from the safety of the bay inside the infamous Mavz rocks.  On smaller, more manageable days, one would usually opt for paddling out on the north end, which brings you around the left.  On this day, the chances of a successful strike via this short-cut were slim to none, leaving us to make the trek down around the right.  This journey around the right is by no means a dry-hair, leisurely saunter, but rather a half-hour, shoulder-burning battle against mother nature.  There’s a healthy cross current from the energy pouring through the rocks to the north that mixes with incoming energy around Mushroom Rock to the south.  This cross-up creates a violent, rapid-like chop inside the bay that causes you to half-focus on just staying on top of your board.  Once you’re through the rapids in the bay and rounding Mushroom Rock, you’re faced with sets that often close out completely, leaving you to either get very lucky with a quick punch through or left turtling for another twenty minutes until Poseidon decides he’s toyed with you enough.  Finally into open water, you begin to see some definition of what is really going on in the line-up.  On this day, I began to make out south-wind-textured, dark and ominous stacks.  Great.  South-wind at Mavericks is notoriously dangerous.  Without you realizing, that wind direction pushes you deep and into the bowl in-between sets, and I quote from THE GUY Grant Washburn, “South winds can make Mavz untouchably treacherous.  99% chance of a class 10 pounding just for sniffing a shoulder.”  Once into the line-up, I realize this easily double the next biggest day I’ve seen Mavericks.  Intimidating.  After “sniffing” a set and nearly getting sucked over backwards trying to escape, I realize that if I want a wave, it’s got to be now before the south wind gets any more radical.  Before I know it, a bomb aims itself right to me.  I put my head down and paddle with everything I’ve got, battling the south wind whipping up the face and at all costs avoiding being hung up in the lip and ejected down into the bowl.  As I start to feel the glide, I pop to my feet, engage into a warrior stance for what feels like a never-ending, weightless drop, while the entire time just praying my 9’4 doesn’t turn into a kite on me.  I thankfully get to the bottom of this thing and look up to see lip chasing me and the wall expanding all the way to Santa Cruz.  With no chance of making it to the shoulder, I did my best to think “speed” and narrowly avoided the lip to my back. Shortly thereafter, I was re-acquainted with the raw power of the day as the whitewash mowed me over.   After a good rag-dolling, I pulled my inflatable and shot right to the surface expecting to see another wall marching towards me.  To my relief, there was nothing behind it and I was able to get to the channel relatively unscathed.  I paddled back out, but after only a short while, the south wind kicked into overdrive making any further attempts reckless.  We all decided it was done and paddled in by 8:30am. 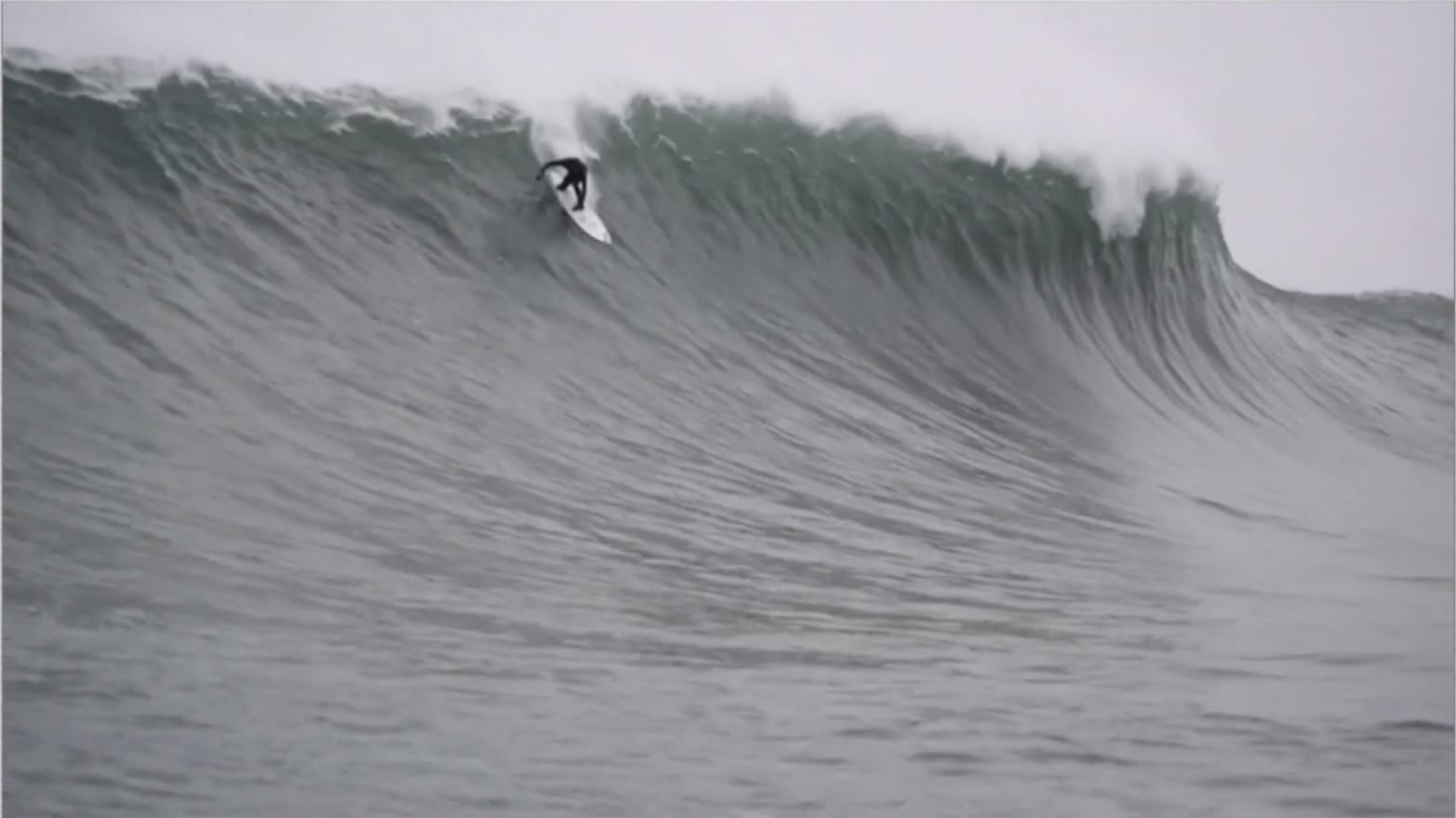 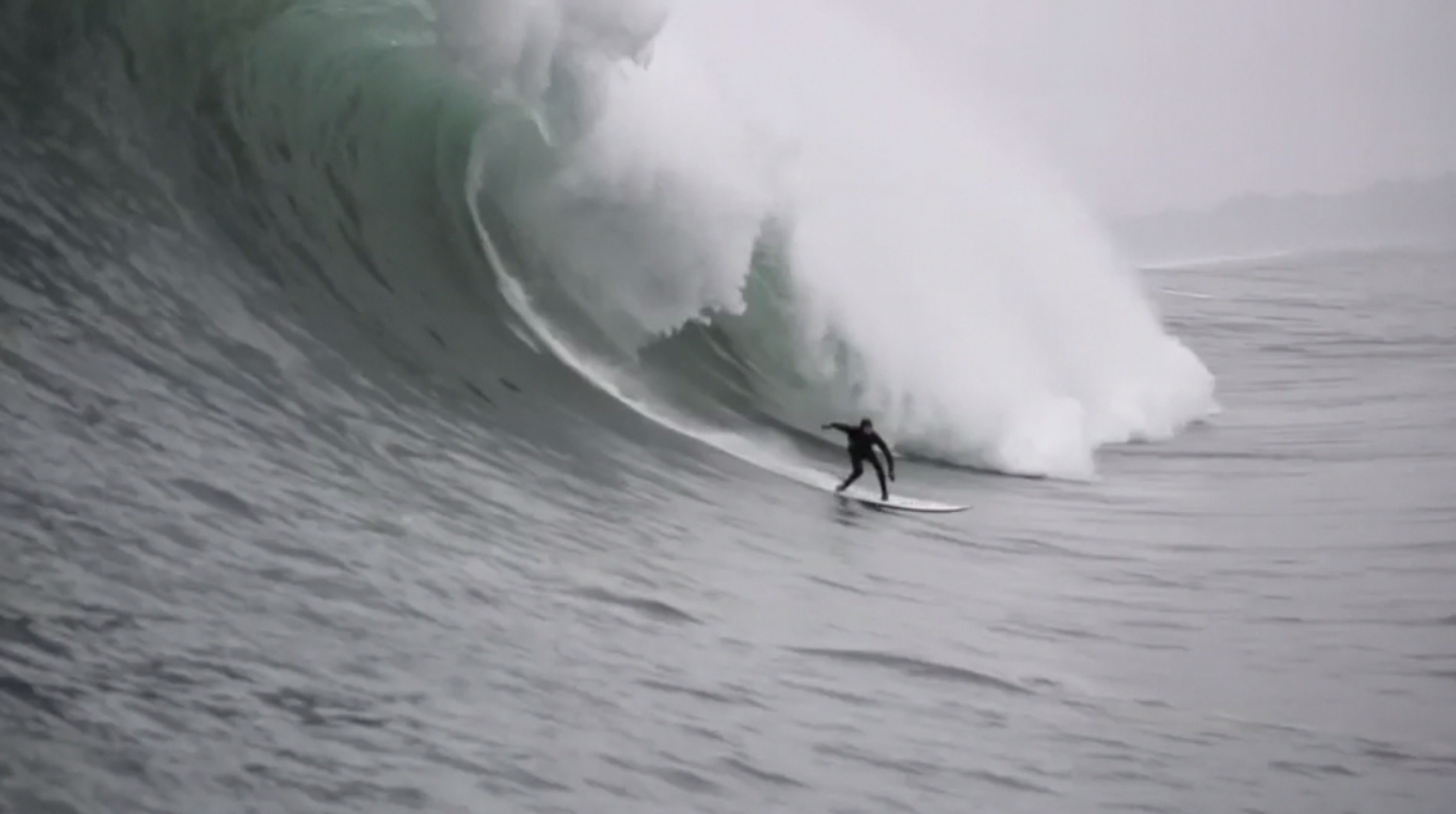